Posted at 15:55h in Campus Happenings by ddodds 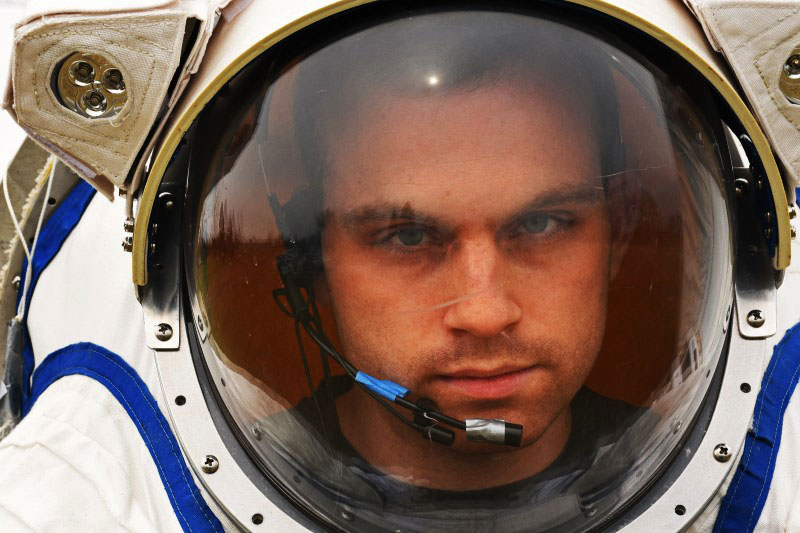 Pablo de León, director of the University of North Dakota Human Spaceflight Laboratory and head of the Department of Space Studies, knows exactly what impact the moon landing had on him 50 years ago.

He was a child living on a farm in Argentina on July 20, 1969, when his parents woke him up to watch TV as U.S. astronauts Neil Armstrong and Buzz Aldrin touched down on the moon’s surface in the lunar lander.

“I belong to the Apollo generation,” de León said. “I saw Neil Armstrong walking on the moon and that interested me in science and technology and, one day, working for the space program. For me, the anniversary of Apollo means a lot because it’s my personal story. It’s directly connected with the moon landing.”

Aldrin, the second person to walk on the moon during the historic mission, helped organize UND’s space education program in 1972 through his connection with John Odegard, the late founder and former dean of the School of Aerospace Sciences.

From Karen Nyberg – a UND engineering alum who became a NASA astronaut – to conducting experiments in the Inflatable Mars/Lunar Habitat (IMLH) west of campus, the University and its John D. Odegard School of Aerospace Sciences have enjoyed a long history of successful collaboration with NASA that continues today and will be part of future missions to the moon and Mars.

Last week, de León was one of four participants on BBC’s “The Real Story” podcast on the future of space exploration. The others were Doug Miller, space curator at the Science Museum in London; Alexandra Loske, art historian at the University of Sussex and author of “Moon, Art, Science, Culture;” and Joan Johnson Freese, professor of national security affairs at the U.S. Naval War College.

The work de León has done at UND in designing space suits intended for future NASA exploration missions to the moon and Mars was featured in the National Geographic’s most recent issue marking the 50th anniversary of the moon landing.

“This is a distinct honor, since it’s the only modern suit displayed in the magazine for this special occasion,” he said.

A piece of material used to make the space suit is also currently orbiting the earth on the International Space Station, de León noted.

“We are doing a one-year study of how the fabrics we selected for the NDX-1 space suit are resisting the space environment,” he said. “We’ll get it back to study how radiation, extreme vacuum and other factors are affecting the fabrics.”

UND recently received a new NASA grant to study how plants could be grown on the moon and Mars to support long-duration missions. As de León pointed out, this project has applications to North Dakota agriculture while also helping to feed the next generation of astronauts performing deep space exploration.

In the plant production module of the IMLH, de León said research is being conducted for NASA on turning simulated lunar and Martian soil into a fertile medium in which to grow plants. Rather than bringing soil from earth to grow crops to feed space explorers, this research studies how to transform soil on other planets to help sustain missions lasting two or three years.

“We are being funded by NASA on a consistent basis since the creation of the Human Space Flight Lab,” de León said. “We have a number of grants from NASA which amount to several million dollars to develop space suits and a planetary habitat that can be used either for the moon or Mars. We developed Mars suit prototypes and tested them for NASA in a variety of environments.”

This assures that when NASA launches future missions to the moon and Mars, research conducted at UND will help support its programs.

“We now have our systems in space and we hope to continue to collaborate with NASA to be part of the most amazing venture of humankind,” de León said.