The State Board of Higher Education is the policy-setting and advocacy body for the North Dakota University System and the governing body for North Dakota’s 11 publicly supported colleges and universities. The SBHE also oversees the NDSU Extension Service and Agricultural Research Stations, Northern Crops Institute, State Forest Service and the Upper Great Plans Transportation Institute.

Before joining North Dakota Guaranty and Title, Nick spent three years in Washington, DC working in Government Affairs. Prior to his time in Washington, DC he spent five years as a business development manager in the Red River Valley focused on real estate development.

Nick served in the North Dakota State Senate from 2004-2008 in District 42. During his tenure, Nick vice-chaired both the Political Subdivisions and Industry Business and Labor committees. He received a Bachelor of Arts degree in Managerial Finance and Real Estate from the University of North Dakota in 2005.

His passion for service continues through his leadership in numerous organizations including; as Chair of the North Dakota State Board of Higher Education, Stewart Title Insurance Agency Advisory Board, Greater North Dakota Chamber Board, Delta Tau Delta Education Foundation, and several committees of the American Land Title Association.

Dr. Casey Ryan began his term of service with the State Board of Higher Education July 1, 2017.

Ryan graduated from Grand Forks Central High School, then attended Colorado College where he played varsity hockey. After graduating from the University of Colorado Medical School he spent three years as an internal medicine resident at Mayo Graduate School of Medicine in Rochester, Minnesota. After finishing at Mayo he spent nine months as an endocrinology registrar at the University of Otago Medical School in Dunedin, New Zealand.
He and his wife, Bev, have lived in Grand Forks since 1979.

Danita Bye was appointed to the State Board of Higher Education May 2020 to fill the remainder of an open term vacated by a previous member.

Danita has been a business consultant and leadership coach since 1997 for small- to medium-size businesses in science, technology, engineering and manufacturing industries. She previously worked as an investor and sales manager for Micro-Tech, a medical device manufacturer, and in sales and sales management for Xerox Corp., a global company best known for innovative digital products and services.

She currently serves on the board for the North Dakota Petroleum Council, as well as the board for The Triple T, Inc.,  and TTT Minerals, LLC, both oil and gas companies. She also served on the North Dakota Economic Development Foundation. Bye obtained degrees in Biology and Psychology (1981) from the University of Sioux Falls (Sioux Falls, S.D.), and an M.A. in Transformational Leadership (2012) from Bethel University (St. Paul, Minn.).

Danita’s been married for 36 years to Gordon Bye. They have three millennial children and five grandchildren. They currently live in Stanley, N.D. Bye’s appointment is subject to confirmation by the North Dakota Senate, but she will begin serving on the board immediately.

Kathleen Neset is President of Neset Consulting Service, Inc., which provides well site geologic/geosteering services to the oil industry since 1980. She received a B.A. in Geology from Brown University and then went to work as a seismologist in Michigan. Neset worked for Core Laboratories in Texas and Wyoming. In 1979 she moved to North Dakota pursuing work as an independent petroleum geologist. She is owner of Neset Farms and formerly worked as a Tioga High School science teacher, a Tioga school board member and a substitute business manager at Tioga High School. Currently she manages wellsite geology and mudlogging crews throughout the Bakken and Northern Rockies Region.

Neset was first appointed to the board June 20, 2012 filling a vacancy and confirmed by the State Senate. She was reappointed for a second four-year term starting July 1, 2017. 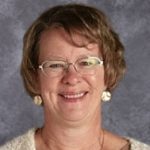 Jill Louters began her term of service with the State Board of Higher Education July 1, 2018.  She graduated from St. Mary’s University of Minnesota, earning  her EdD in Educational Leadership and Administration.  Louters has 32 years of experience in education, currently serving in her eighth year as the superintendent for the New Rockford-Sheyenne School District.  Her district received the Governor’s System Innovation Award in 2018 and the National Blue-Ribbon Award in 2019 based on superior student achievement.  Her district is currently working with the North Dakota Department of Public Instruction on a collaborative, five-year grant to redefine customized, personalized learning across the state of North Dakota for all PK-12 learners.

In 2017, she was the first North Dakota superintendent to complete her National Superintendent Certificate through the American Association of School Administrators.

Louters has held membership on the New Rockford Chamber of Commerce, New Rockford Area Betterment Corporation, Sheyenne Economic Development Council and as a carded 4-H Horse Show Judge.  She has traveled extensively, training university staff in Europe, South Africa and Thailand.  She is the mother of four children who reside in Sheyenne, North Dakota.

John Warford, DDS, was appointed to fill out the remainder of a four-year term on the State Board of Higher Education in December 2020.

Warford founded Warford Orthodontics in 1973, JW Cattle Company a North Dakota cattle ranch in 1976 and served as mayor of Bismarck from 2002-14. He then served as dean of the Gary Tharaldson School of Business at the University of Mary from 2014-17. He continues to operate the ranch and to practice orthodontics on a part-time basis.

He has held many leadership roles on public boards and commissions including the Bismarck Planning Commission, Burleigh County Planning Commission, Bismarck/Mandan Metropolitan Planning Organization, North Dakota Dental Association, the American Dental Association, the North Dakota Society of Orthodontists and the American Association of Orthodontists. He also is a member of the North Dakota Stockmen’s Association and serves on the boards of the CHI St. Alexius Resource Cabinet, Bridging the Dental Gap dental clinic, and the Bismarck YMCA Board of Regents.

John and his wife Jennifer have lived in Bismarck since 1973, have 4 grown children, and sixteen grandchildren. 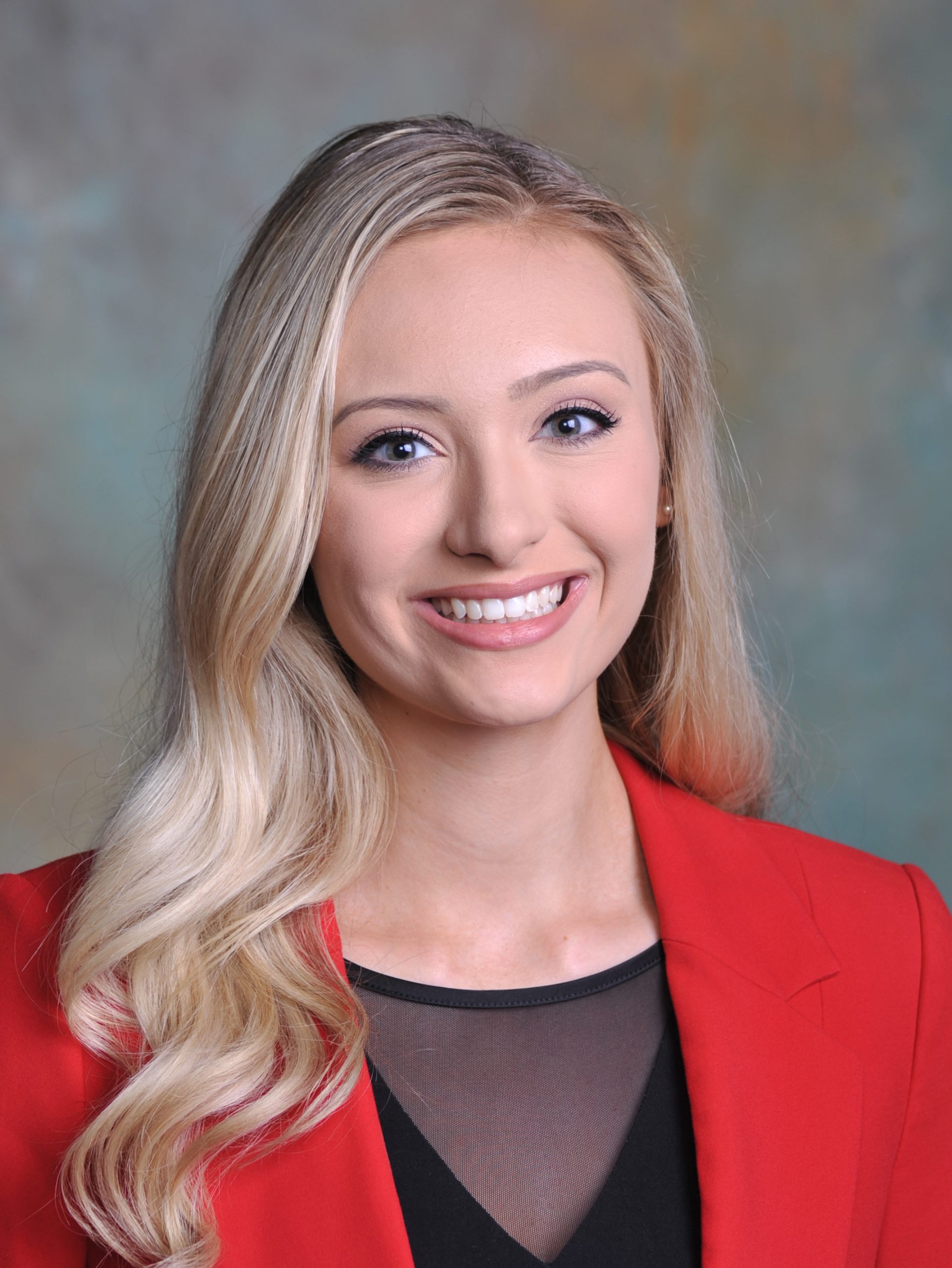 Erica Solberg was appointed as the student member of the State Board of Higher Education. Her term is for one year beginning July 2020.

Solberg is a graduate of Century High School and is currently a senior at North Dakota State University where she studies political science and business administration. She has been involved in student government since her freshman year serving as a committee-at-large member as well as a senator. Solberg has a passion for civic engagement through working as a news reporter for the NDSU Spectrum newspaper and as the former president of NDSU College Republicans. She is also a member of the Alpha Gamma Delta sorority where she has held various leadership positions. She enjoys volunteering and helping plan philanthropic events for local charities such as the Great Plains Food Bank, the North Dakota Heart Gallery, and Landon’s Light.

Solberg currently is a public policy intern for the Fargo-Moorhead-West Fargo Chamber of Commerce. She is a proud alumna of the United States Youth Senate Program.

Mihalick is employed at First Western Bank & Trust as a Senior Vice President responsible for Business Development and Facilities. Prior to that, he was part of IRET and its affiliated companies for over 36 years before his retirement. He served as the President and CEO during his last eight years at IRET. Throughout the years, he has been involved in numerous civic organizations dedicated to Minot’s betterment. He currently serves on the board of the Minot Family YMCA; current member and past chair of the MSU Board of Regents, and he is a past board member of Trinity Health.

Ohio native Mihalick attended Minot State University and obtained a Bachelor of Arts in Business Administration in 1981. During his college career, he played football for four years and participated in track for two. He was inducted into the MSU Athletic Hall of Fame in 1995 and received the MSU Alumni Golden Award in 2014.

He and his wife, Laura, have been married for 36 years and are partners in their conviction to civic engagement. Laura is a member of the Minot Public School Board. The Mihalicks have two adult children living in Minot, ND.

Retha Mattern has served as the president and past president of the North Dakota State Staff Senate and was elected as the Staff Advisor to the State Board of Higher Education beginning in 2019.

She works as the director of Admissions & Outreach at Bismarck State College (BSC), where she has previously served as the NECE Business & Outreach Coordinator and as Director of the Great Plains Energy Corridor.  She brings with her nearly a decade of experience in communications, having previously worked as a reporter and assistant news director for KFYR-TV, the NBC affiliate in Bismarck. Retha holds a Bachelor of Arts in Journalism from the University of Maryland (2006) and a Master of Science in Management from Minot State University (2019).

Retha, a native of Maryland, makes her home in Bismarck with her husband, Mark, and their two children. 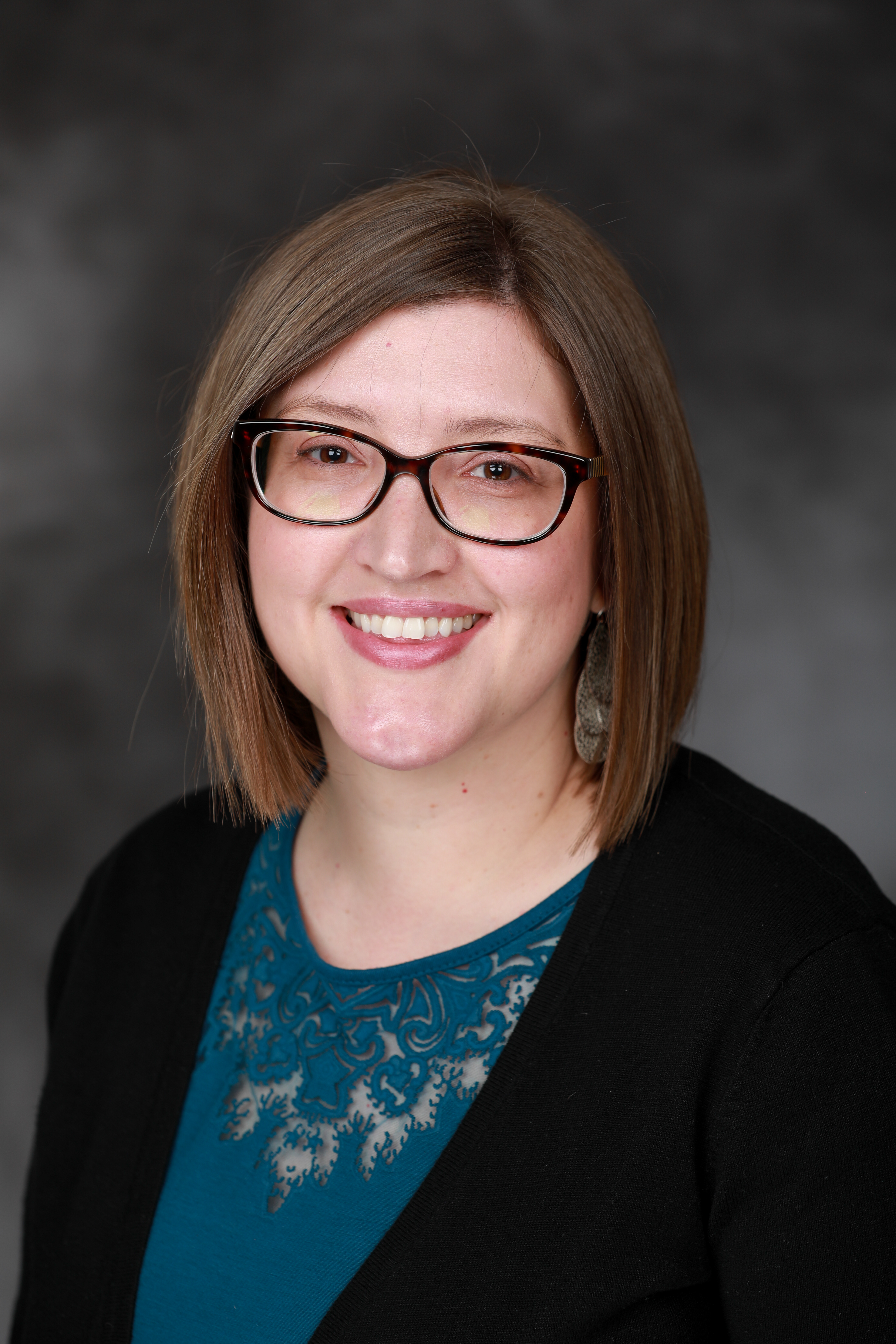 Dr. Liz Legerski is the faculty advisor to the State Board of Higher Education and a tenured Associate Professor of Sociology at the University of North Dakota. Originally from the Twin Cities, she is a first-generation college graduate who believes in the transformational power of higher education. Her research exploring the impacts of the Bakken oil boom (funded by the National Institute of Justice, 2014-2016) and professional memberships have given her the opportunity to travel across the state and meet faculty and staff from the various NDUS institutions of higher ed.

Serving on the State Board

Individuals who are interested in serving on the North Dakota State Board of Higher Education need to fill out an application and submit it to the State Superintendent, Department of Public Instruction, 600 E. Boulevard Ave., Dept. 201, Bismarck, N.D., 58505. Applications should be submitted by Friday, November 13, 2020. In addition to the application, applicants must provide a resume and no more than six letters of recommendation.