Posted at 12:57h in Campus Happenings by ddodds

NIH grant supports quest to treat cancer, neurodegenerative diseases such as Alzheimer’s or Parkinson’s, and diabetes 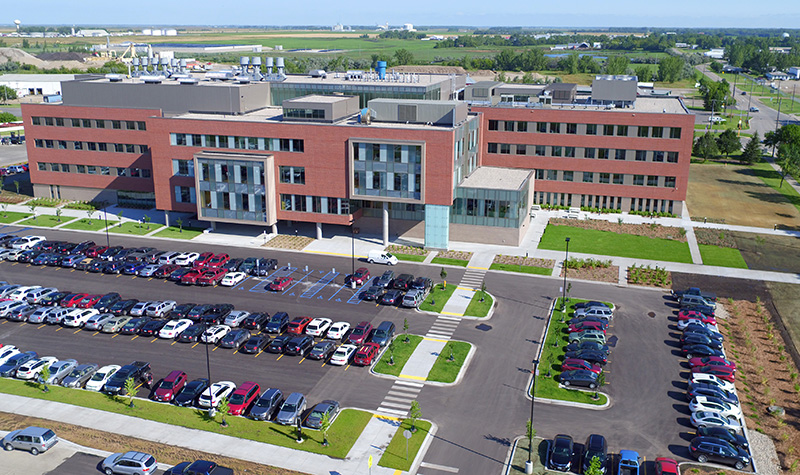 The National Institutes of Health (NIH) has awarded the University of North Dakota School of Medicine & Health Sciences (SMHS) a $10 million, five-year grant to expand the School’s epigenetics research program. This NIH Center of Biomedical Research Excellence (CoBRE) grant, which will be delivered to UND in $2 million increments, builds on a similar grant the School received in 2013 that was directed toward scholars exploring the epigenetics and epigenomics of disease.

Researchers studying epigenetics explore the mechanisms that regulate gene expression and the activation and deactivation of specific genes. Understanding better how the human body can turn genes on and off during growth and aging and in response to its environment has important implications for the diagnosis and treatment of cancer, neurodegenerative diseases such as Alzheimer’s or Parkinson’s, and diabetes.

The mechanisms underlying these pathologies remain poorly understood and represent a major gap in scientific knowledge. The Epigenetics Working Group (EWG) at the University of North Dakota was formed in 2013 through support of this CoBRE to investigate these questions.

Since that time, the CoBRE helped five junior investigators at UND establish research projects so they could successfully compete for larger grants. These researchers have already published 61 papers and received about $5.5 million in additional funding from the NIH, the National Science Foundation and private foundations. In addition, the grant helped establish a Genomics Core, which has been used by researchers from 32 individual labs and features more than 5,000 genetic samples processed for genome-wide analyses. “This new ‘CoBRE-II’ will help another set of investigators establish research in their field,” said Roxanne Vaughan,  principal investigator of the CoBRE grant and Chester Fritz Distinguished Professor at the SMHS. “The new investigators funded are Keith Henry, John Watt, and Motoki Takaku from the SMHS, and Diane Darland and Manu Manu from the UND Department of Biology. Because epigenetic changes are potentially reversible, this group’s research could lead to new therapeutic paradigms for pathologies that have thus far resisted treatment or cure.”

“This major award allows us to continue to build upon the strong faculty group in epigenetics that we have developed with the first CoBRE,” added Marc Basson, senior associate dean for medicine and research at the SMHS. “It will likely also be synergistic with our Dakota Cancer Collaborative on Translational Activity (DaCCoTA) program since epigenetics plays a prominent role in cancer as well as other major diseases. I congratulate Dr. Vaughan and her team, and look forward to their continued progress.”