Posted at 20:41h in Campus Happenings by ddodds 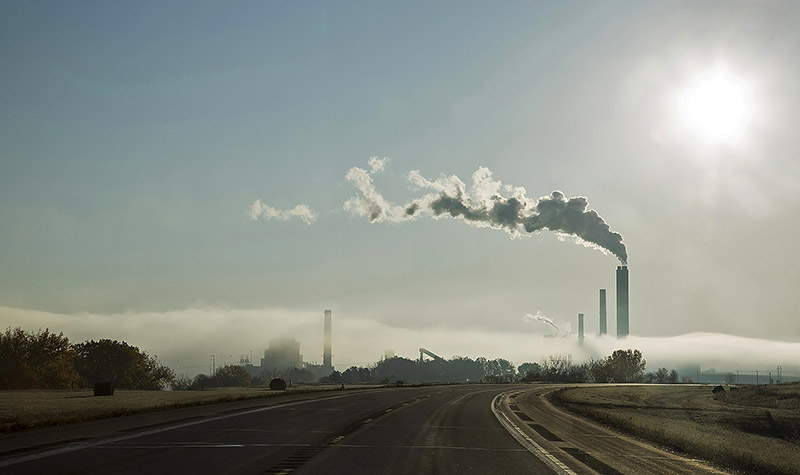 UND’s Energy & Environmental Research Center is engaged with Minnkota Power Cooperative on Project Tundra, a carbon capture and storage technology project for coal-fired power plants. Minnkota is seeking funding from the U.S. Department of Energy to continue the project. Photo courtesy of EERC.

An investment in research can lead to technological advancements that change the course of global events, said Steven Winberg, the U.S. Department of Energy (DOE) assistant secretary for fossil energy, during a visit to UND’s Energy & Environmental Research Center (EERC) on Tuesday.

Winberg noted that during the 1990s for about $140 million, the DOE’s National Energy Technology Laboratory did some of the original research to develop the horizontal drilling and hydraulic fracturing techniques that resulted in North Dakota becoming the second leading oil-producing state in the nation and the U.S. becoming the top energy-producing nation in the world.

Winberg cited this as an example of how research and development should work. DOE did the early research, but it was industry that made the process an economically viable method for extracting oil and gas from shale formations, such as North Dakota’s Bakken.

“The key to that is that we cannot do it without partners, and EERC is a very, very strong partner to the Department of Energy and particularly to the fossil energy office,” Winberg said.

During the visit arranged by U.S. Sen. John Hoeven, R-N.D., Winberg and Lou Hrkman, the DOE’s deputy assistant secretary for clean coal and carbon management, held meetings, spoke to EERC employees and toured the research facility. The event underscored the senator’s efforts to bolster DOE support for the EERC and help advance the development of carbon capture, utilization and storage technologies.

“Cracking the code” is how Hoeven described North Dakota’s role in developing drilling and fracturing technology. “It’s the same thing with carbon capture and storage,” he explained. “We’ve got to crack the code, not only to make it technologically viable, but also economically viable, and that’s why North Dakota’s the right place to do it.”

He said a partnership between industry, government and the EERC could help find solutions that make carbon capture and storage both technologically and economically viable.

Noting that there are many countries in the world that will continue to use coal as an energy source, Hoeven said, “If we crack the code, it doesn’t just work in North Dakota, it works across the country and it works around the globe. Why don’t we develop the solution so they can do it with the best economics and the best environmental standards?”

The EERC is facilitating technology development to retrofit coal-fired power plants, such as Minnkota’s Milton R. Young Station near Center, N.D.The EERC is engaged with Grand Forks-based Minnkota Power Cooperative on Project Tundra. If Minnkota’s project is implemented, it will capture up to 90 percent of CO2 emissions from the station’s Unit 2 generator.

“Ultimately, the broad use of such technology is a win both for consumers, who will continue to have access to affordable energy, and for environmental stewardship,” said Hoeven.

In addition, Hoeven is pushing for the DOE to promptly release funding for the third phase of the Carbon Storage Assurance Facility Enterprise (CarbonSAFE) in which the EERC is involved. The program supports the development of commercial-scale CO2 storage facilities, a key element of Project Tundra.