Posted at 16:34h in News and Media by Chris Erickson 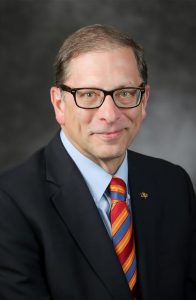 The current situation with SARS-CoV-2 (also known as coronavirus and COVID-19) is confusing, anxiety-producing—and scary. The majority of people typically have mild or even no symptoms. But several countries—China, South Korea and now northern Italy—have been or are being inundated with large numbers of very sick, often elderly, patients. What truly is scary is how quickly the hospitals and health care systems in those countries (which especially in northern Italy and South Korea are excellent) became completely inundated and overwhelmed—in the case of Italy, over a time period of only a few weeks! And I mean overwhelmed—unable to care for all of the desperately ill people who were presenting to their emergency departments, clinics, and hospitals, compounded by the associated illness and deaths of some of the very health care providers who were valiantly trying to help. Those experiences are eerily reminiscent of similar ones that were reported during the influenza pandemic of 1918 that killed somewhere around 50 million people around the globe. A colleague recently recounted how his grandfather who lived through that “Spanish flu” pandemic would tearfully recount the loss of many brave young nurses to the flu, including one he had grown especially attached to as a 19-year-old soldier.

After initially being flooded with patients, China and South Korea responded with very aggressive measures to limit the spread of the virus—and it has paid off, with a dramatic decrease in the number of new cases. This has been called “flattening the curve,” referring to a curved line that reflects the rise in the number of new cases. A flattened curve rises less rapidly, doesn’t go as high, flattens, and then falls over time. Perhaps even more importantly, countries like Taiwan, Singapore, and Hong Kong responded early, and aggressively, and essentially stopped the outbreak before it gained a foothold.

So what accounted for this dramatic change? Part of it was due to effective identification and isolation of people spreading the disease through widespread viral testing. Part of it was due to common-sense public health measures like washing one’s hands with warm soapy water for 20 seconds. But perhaps most important was simply keeping people apart so they couldn’t physically pass the virus to someone else. We call this social distancing, and it means just that—limiting the physical contact we have with others by keeping our distance. It includes encouraging people to work from home, closing schools and other institutions, and eliminating events that are associated with crowds. The most important component is the commitment of each and every citizen to keep one’s distance from others. That means not going to restaurants, health clubs, parties, malls—or even church. Draconian? Perhaps. Major negative economic impact? Definitely. Inconvenient? For sure. Effective? You bet! These are the things that proved effective in China and South Korea. We have the chance to do them now, before the near-inevitable catastrophe occurs here.

Two qualities in North Dakotans that have impressed me over the years are their sense of personal responsibility, and their willingness to help out a neighbor in need (such as in times of floods). Well, we don’t have just a flood facing us with SARS-CoV-2—we have a tsunami! However, if each North Dakotan saw it as his or her personal and individual responsibility to really practice social distancing and the other common-sense measures like frequent hand-washing, we could limit the coming rapid growth of cases that otherwise is almost certainly destined to occur, “flatten the curve”, and thus help ourselves and our families, as well as our friends and neighbors. We all have to be involved in this effort and really mean it.

Will it be inconvenient? Yes. Will it be economically bad? Yes. But it is the right thing to do. There is a clear choice for us right now—are we prepared for some short-term pain in exchange for long-term gain? I’m confident that the answer is “yes,” so let’s get at it—now!

Dr. Wynne has a medical degree (M.D.) from Boston University School of Medicine and a master’s degree in public health (M.P.H.) from the University of Michigan School of Public Health.